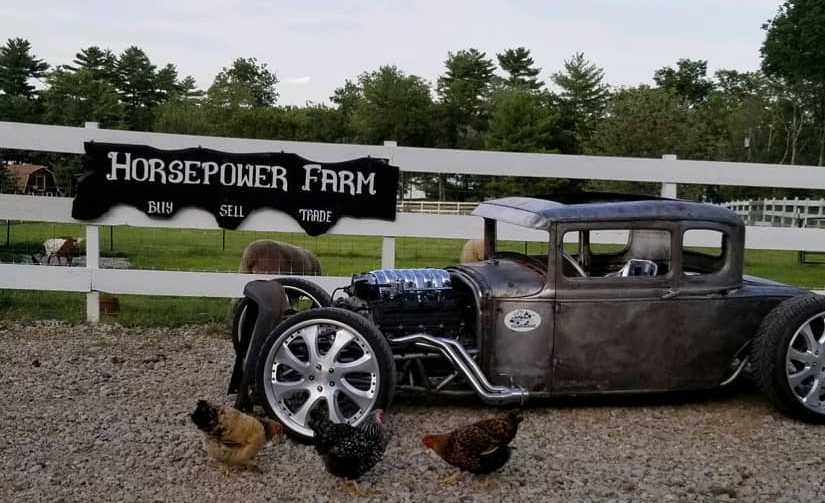 Hey everyone, welcome back to my blog. Today we are going to do something a little different. I’d like to start interviewing people that I know and that I come across along the way and share their stories. I will be sharing what they do, how they got in to cars, where it all started and what exciting things they are working on now and will be in the future.

For my first one, I interviewed my friend Rick Serino. Rick has been a car enthusiast since he was a child. For him, it started with Matchbox Cars. He had “all” of them, and they were all categorized. I asked if he had any pictures, but cameras were a luxury when he was a kid.

We moved on to his first car, which was a 1976 Mercury Capri. For those who are unfamiliar, like I was, it was basically Mercury’s version of Ford’s Mustang. This was when Rick first started messing with Stereo Systems. His dad was an electronics teacher, so he got him into electronics at a very young age. He had access to tons of electronics that were broken when he was growing up, which allowed him to mess around a lot. He would take things apart and put them back together. “Like the Professor on Gilligan’s Island.” He would mess around with everything from speakers to lights. Hang them on his wall and wire them all together. Every ‘toy’ he had was taken apart and made his own. He attributes his talents and knowledge of how things work to his father. Without him, he wouldn’t know how to make the art he does today.

We chatted about Cruising Downtown 2019. For those unfamiliar with that event, just over a thousand car owners and a couple thousand car enthusiasts gather on Elm St. in Downtown Manchester, NH for one of the biggest car shows in the state. Rick set up shop with his welded art and collection of cars for the show.

Mostly everything sold, except for just a few larger items. He went on to explain that the dismantling of electronics transferred to the dismantling of the electronics in cars. He always had an appreciation for the mechanics of them, but never quite knew what to do until his late twenties. At that point, he had the money to start buying stuff and messing around with them. After his first Mercury Capri, he owned a Subaru, and from there he got a Capri 5.0. This was his first muscle car, which he changed the exhaust, corroborator, wheels tires, and put his own big stereo in it. “Shit you can afford when you’re in your twenties. Rick then joined the military, sold the Capri 5.0 and bought a 1977 Camaro when he was out in Indiana. He pulled the motor, transmission, added nitrous, a new exhaust, wheels and tires, took out the back seats and put in a stereo. It had about 26 speakers from what he remembers. 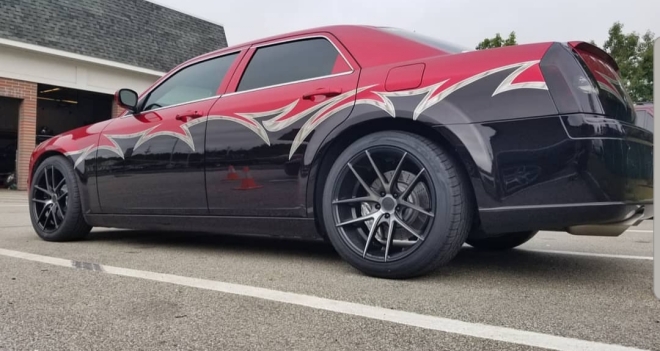 The stereo was built by Traffic Jams, had Air ride and everything else. The car was unfortunately totaled when someone pulled out in front him while driving. Unfortunately, there was nothing that could have been done. One of his cars that I best remember him for is an old Ford Truck. He originally picked it up in 2001 and it was black with yellow and orange flames. It is now white with black and tan flames and looks bad. He built the transmission, drive train and rearend of that car, gutted the interior. Recently he blew the motor and put a whole new transmission and motor in, among a long list of other things. “Built from the ground up.”

He most recent project is his 1930 Ford

Rick has about 6 spaces at his house for cars and then a few more at a shop up the road where someone helps him with his projects. I moved on to his MINI, as he did own one. Which was the reason that I had originally met him. I asked what made him get a MINI. His response was that he always wanted one, “car guy stuff.” He went on to say that every car guy wants one, and he doesn’t care who they are or what they say. In Rick’s opinion, the little compact British car is just missing 150HP, which is easily attained. From there, the little machines are unstoppable. His MINI had nothing too crazy done to it, exhaust, cold air intake, wheels, tires and of course, an updated stereo.

I asked Rick what was the most fun car he owned, and his response was the MINI Cooper. He raced it, met a bunch of people and went all kinds of places. The MINI community really is a force to be reckoned with. However, he followed with it’s not the most powerful or the most exhilarating, but definitely the most fun he’s had. The most powerful car he’s owned is his truck.

I then asked what was the worst car he owned, and his response was his Subaru. They are fun, but the particular one he owned was nothing special.

He’s done a lot of car projects over the years, and the one that he has( and is) enjoying the most is his 1930 Ford. He just bought the body of that car and has been building it from the ground up. A “tin can.” He took the engine, transmission, tires and rims, brake system, and electronics from the Chrysler 300 (shown above) that he crashed and dropped the shell of the Ford right over it all. The challenges with this project now is just finding the time to work on it and the man power to help.

Rick has a full time job, along with the building of other people’s car that he does, and all the welding work that he does on the side.Welding art has always been something that he’s done, but he never really sold it. After his accident, he messed around with it and was posting stuff on Facebook. People were always asking how much his pieces were and they eventually grew in to people asking for custom orders. Before the Christmas of 2018, he had about 20 orders stacked up. It’s worked out though, and he has continued to create things. Here”s a few things that he has created. 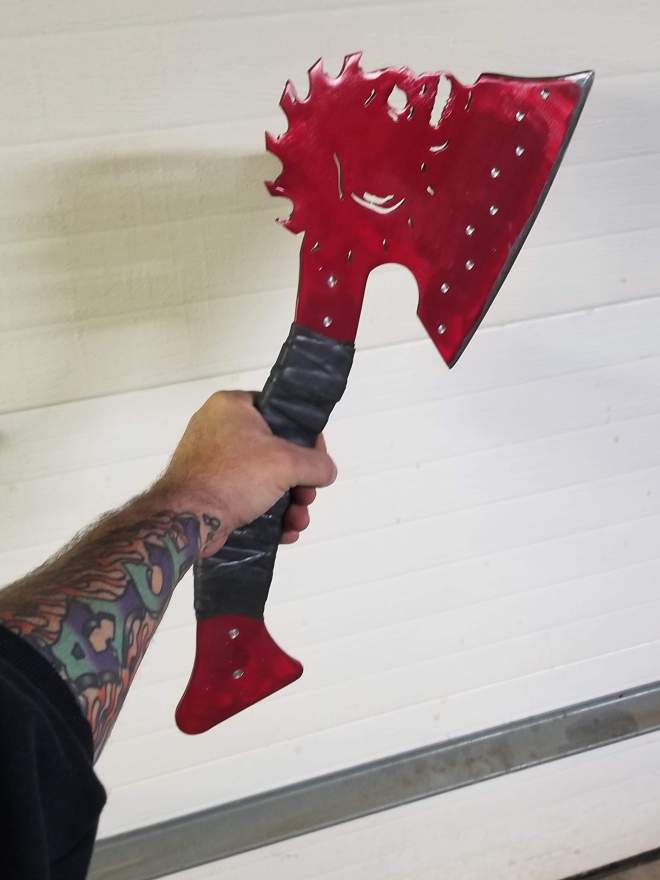 I asked him where he gets all the stuff for his creations and he said he’s been collecting stuff for 20 years. People drop off things here and there, but mostly it’s been collecting. Rick keeps himself busy, although sometimes he wants a break. Money is money, and you can’t say no to thousands of dollars. Plus, its still a lot of fun.

In the future, Rick would like to host an event at his place, which really would be attainable. He wants to be able to never leave his house and make money, which in a way, he’s already half way there. He’s living the dream.